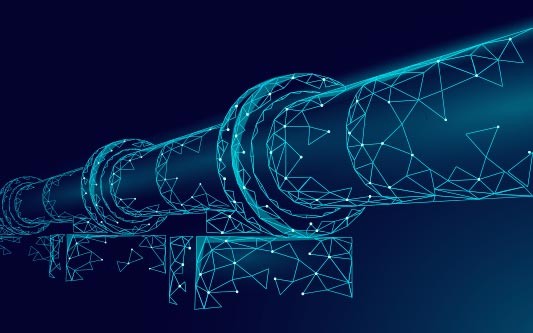 Gas and oil prices are skyrocketing and hurting small business and the lower income and poorer populations the most. Democrats claim to care about the working class and the poor. Yet they enact policies that directly hurt them under a flawed ideology to have a “green economy”.

Democrats have no concern for Americans struggling to pay for gas for their cars, pay their electric bills or heat their homes. They cheer on the higher prices and tell everyday Americans “to use less gas”.

The Democrats’ attempt to put the Oil and Gas industries in our nation out of business is wrecking our economy, causing inflation and costing jobs. Biden canceled the Keystone XL Pipeline, which was actually an addition to an existing pipeline system that brings oil into the U.S. from Canada. Then Biden proceeded to cancel and discontinue all oil and gas drilling on federal lands. The administration claims numerous leases exist; however, the oil and gas companies are not granted the necessary permits. The Biden administration has purposefully curtailed the financing of new oil and gas projects from banks and other capital sources. Meanwhile, Biden is begging OPEC, Venezuela and soon Iran to sell us more oil instead of using our own oil and gas that is under U.S. soil. Russia would not have had the financial capability to invade Ukraine in February of 2022 without soaring oil prices directly caused by the Democrat’s domestic energy policies. These polices are causing world instability and are directly related to the deaths of the Ukrainian people and destruction of their country which will have a ripple effect throughout the world. The Democrats care more about staking out a green policy position than safety and economic well being of the American people and the global population, which is ironic because the Democrats are constantly claiming to care about the global community and human rights. Another absurd fact is that more carbon dioxide is being released into the atmosphere when the oil and gas comes from foreign countries due to the shipping fuel used to deliver the foreign gas and oil to the U.S.  How is that promoting green energy? The U.S. is pumping ONE MILLION barrels a day less than prior to Joe Biden’s presidency. However, Mr. Biden, is withdrawing a million barrels a day from the U.S. strategic petroleum reserve, which is for catastrophic emergency, not stupid policies, and selling the oil on the international markets. The reserve was established as an answer to the Arab oil embargo in 1973 – 1974 to protect the U.S. supplies. Now Biden is begging the Arab nations for oil and selling the U.S. reserve on the international market. The reserve is down about 40% to its lowest levels since 1984.

In 2019, the U.S. was energy independent and we were exporters of oil and gas to other countries. Additionally, greenhouse emissions were substantially declining in the US due to our increased use of natural gas.

I want to reduce greenhouse emissions but turning off fossil fuel energy in the U.S. is not the way. The oil and gas companies are inventing ways for oil and gas to burn and be processed in a cleaner manner. There must be a combination of fossil fuels, wind, water and solar power to supply our energy needs. Incentives should be provided by the government for fossil fuels to burn cleaner not put the oil and gas industries out of business. Same for cars and trucks. Electric vehicles require power from an electric company that is generally powered by coal and oil. Sixty-one percent (61%) of the electricity generated in the U.S. comes from natural gas, coal and petroleum. We have to transition to cleaner technologies not destroy the U.S. economy and the standard of living of our people. Look at California. They have forced electricity outages and the situation is getting worse while their state government keeps pushing unrealistic “green energy” policies.

Car manufacturers have  have been manufacturing cars and trucks that release less carbon dioxide for years. In 2021, the U.S. Environmental Protection Agency (EPA) released its annual Automotive Trends Report which shows model year 2020 vehicles achieved record high fuel economy and record low emission levels. Since the 2004 models until today, carbon emissions have decreased by 24% and fuel efficiency has increased by 32%.

The U.S. is heading in the right direction to protect the environment. China has twice the carbon emissions as the U.S. The Democrats are willing to bankrupt the U.S. economy and prop up China.