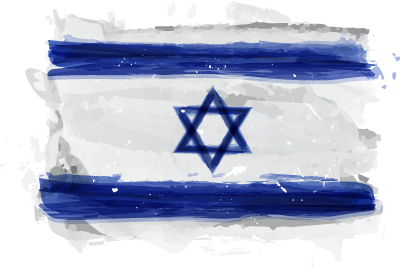 I strongly support Israel as our ally and our close friend. The Democrats have not been supportive of Israel or the Jewish people for many years. President Obama supported Iran and championed the Palestinian cause, even transferring $221 Million to the Palestinian Authority in his last hours in office, which was blocked by the Trump Administration. As Ambassador David Friedman has expressed, the Obama Administration treated Israel as if it was a “thief who had stolen the Palestinian land”. Where was the Democrats’ support for Israel as the Obama Administration acted in a hostile manner towards Israel and its leaders, including the sponsorship of a UN Resolution which condemned Israel’s settlements in the West Bank and East Jerusalem?

In 2018, the Democrats elected two Muslim Congresswomen who have made numerous anti-Semitic remarks and shown their hatred of Israel since being elected and before. Ilhan Omar, representing Minnesota’s 5th Congressional District, stated in 2012 that Allah must awaken the people to see the evil doings of Israel”. Recently, in 2019 she stated that Congressional support for Israel was due to campaign contributions and  supporters of Israel did not have allegiance to the U.S. The Democrats’ position was that she made these statements unknowingly and simply needed an education as to what constitutes being anti-Semitic. How ridiculous! Omar knows exactly what she is saying and the anti-Semitic movement she supports.

The same holds true for her Democrat Palestinian colleague, Rashida Tlaib, representing Detroit, Michigan, who said the Palestinians had to give up their land for the Jews post Holocaust and apparently she wants it back. She has publicly supported a one state solution named Palestine and said that Israel has no right to exist.

In August 2019, both Omar and Tlaib wanted to condemn Israel and support the Boycott, Divestment and Sanction (“BDS”) movement on Israeli soil. Israel rightly denied them that opportunity since Israeli law denies entry for BDS supporters.  The Democrats lamented that Omar and Tlaib were being denied the right to enter Israel and how Israel was in the wrong.

The Republicans and the Trump Administration strongly supported Israeli and the Jewish people and made great strides to peaceful relations in the Middle East, as evidenced by the Abraham Accords between the US, Israel and the United Arab Emigrants signed in September of 2021. Morocco and Sudan followed suit and signed similar agreements and established diplomatic relations with Israel. More than just a political breakthrough, the deal has heralded a new era of thriving friendships, economic cooperation, investment partnerships, tourism and people-to-people relations.

Since the Biden election, Hamas has been emboldened as we saw in the 11 days of rocket attacks on Israeli population centers in May of 2021.  Biden wants to reenter the useless Iran Nuclear Deal, negotiated by the Obama Administration and give Billions of dollars to Iran again to support terrorists, including Hamas, in the Middle East and around the world with no benefit to the U.S. or the rest of the world. Israel is obviously opposed to such a ludicrous arrangement as it threatens the very existence of Israel. The Democrats’ don’t care that their policy positions threaten Israel and its people.

Anti-Semitism requires a head on attack. Not pretty words spoken on the House floor to try and walk back the Democrats’ true positions.