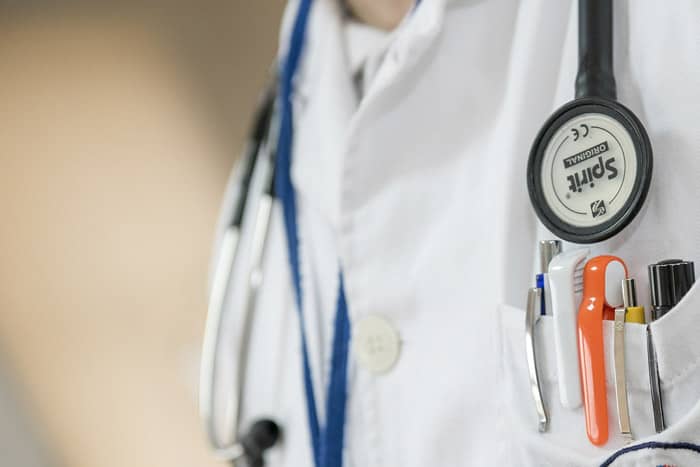 All American citizens and legal residents have a right to health care services in the United States. The Patient Protection and Affordable Care Act of 2010 (“Obamacare”) does not provide that care in an efficient, meaningful way. The Inflation Reduction Act (“IRA”) passed in 2022, extended the American Rescue Plan expansion of government payments for insurance payments and Medicaid expansion.  The premiums and co-pays of the Obama Care plans on the exchanges are now paid for almost anyone enrolling because the income levels where government subsidies kick in have been substantially reduced to any individual whose premiums exceed 8.5% of their income. Before the American Rescue Plan and IRA, subsidies for premium payments were capped for taxpayers who had income at 400% above the federal poverty level. Now the vast majority of Obamacare participants receive subsidies from the federal government to cover out of pocket costs and reduce premiums in most instances to zero.  What is the point? It is all taxpayer provided healthcare in a bloated, flawed, inefficient federal system.

Medicaid is generally available to people with income up to 138% of the poverty level. Medicaid is a statutory federal program that has open ended funding based on the federal government paying states a matching percentage of what a state pays for the medical services of each covered person. It’s a blank check. My proposal would be for the federal government to provide block grants to the states each year to manage their own Medicaid systems. The programs would be less costly and provide better service. All states, except for Vermont, have a policy of a balanced yearly budget, either in their Constitutions or by statute. This requirement of fiscal responsibility would promote administrative efficiency and lead to quality healthcare.

I also believe we could save enormous amounts of money if we allowed people who don’t qualify for Medicaid but do quality for subsidies in Obamacare plans to buy into the state sponsored Medicaid plans which are primarily managed by private healthcare insurance companies anyway. The premiums would be based on similar income thresholds and availability of tax credits for premiums paid as they existed prior to the American Rescue Plan IRA, on the exchanges, up to 400% of the federal poverty level. The states would manage their own exchanges and the federal government would block grant funds with reserves to be set aside for reasonable costs beyond the yearly grants.  This would eliminate layers of extremely expensive administration and give the states the flexibility to more effectively manage health care dollars based on their state’s population. States could impose work requirements on receipt of benefits, much like welfare and food stamps. ONE SIZE DOES NOT FIT ALL.

The IRA caps out-of-pocket prescription drug costs at $2,000, starting in 2025, for those with Medicare Part D. In addition, the IRA will allow the phase of government price limits on 50 drugs, which it will identify over a 7 year period. Price controls are never a good idea. It will stifle innovation and development of life saving new drugs. It also will allow the drug companies to pay a shell game where they will charge much more to private insurances plans, which most Americans have and charge much more for the drugs not on the government’s price control list. It is market distortion which will not bring about the best overall pricing, quality or innovation.  A better approach is to allow the negotiation of all drug prices purchased through government and private insurance programs. Free market negotiation brings down overall costs and provides transparency. It is not done now because the entrenched politicians receive huge donations from the pharmaceutical industry.

The U.S. spends twice as much on average, per capita, than other wealthy, industrialized nations. In 2018 pre-Covid, the U.S. expenditures, per capita  were $11,000 vs. $5,500 for other countries.  We spent 18% of our gross domestic product (GDP) in 2018, more than any other country in the country world, and that is expected to be 20% of GDP in the next few years. We don’t use more health care services than any other country and generally don’t have better outcomes. What is going on? Health care prices and services are exceptionally inflated in the US. Our administrative costs are approximately 9% of our health care expenditures versus 2% for other industrialized countries and U.S. drug prices, physician and nursing pricing, diagnostic test, CT scans and MRIs cost at least twice as much as other countries and in many cases much more.

The insurance companies are incentivized to have the highest possible health costs. Obamacare builds in this incentive. For example, the Medical Loss Ratio requirement of the ACA is that 80% - 85% of all premiums collected be spent on health care claims, quality improvement, taxes and regulatory fees. Any unused premiums are rebated back to the insureds. This requirement causes insurance companies to have an incentive to keep health care claims and “quality improvement” expenditures high to consume the necessary ratios and avoid lowering premiums the next year and/or provide rebates.

Most people in the US get their health care insurance through their employer. Privately insured patients pay an average of two and half times more than Medicare pays for the same services. All persons in large private health plans are subsidizing Obamacare, Medicaid and Medicare by covering the lion’s share of the hospital’s costs for in patient and out patient services.  When you allow competition and negotiation with the health care providers on cost, large pools of insureds can bring down these costs. Of course, that requires transparency in all aspects of pricing.  Look at the case of the increasingly popular self-funded employer plans. These are generally level funded with 12 equal monthly installments to feel like a budgetable premium arrangement and employers pay only for the claims as people consume. By negotiating with providers and managing the costs, the employers and employees are able to pay less.

Presently, private health insurance contract with providers to pay a percentage of billed charges, with the insureds picking up varying percentages and deductibles. By contrast, Medicare issues a fee schedule each year which determines the price it will pay for each health care service.  All health care costs should be negotiated as varying percentages of the Medicare fees and completely transparent.

There must also be flexibility for people to buy the health insurance they want and need not the Obamacare essential health benefits. Some people don’t want or need pregnancy, maternity, mental health and substance abuse coverage. These people should be able to purchase the coverages they need, thereby reducing their overall insurance bill.  We could work within the Obama care framework and deregulate some of the insurance coverage requirements. The requirements of coverage for preexisting conditions and children on their parents’ health insurance plans until age 26, would remain but other coverages would be optional depending on a person’s needs.

In short, health care costs provided through government and private plans have to be negotiated and transparent.  Additionally, State governments, employers and individuals need flexibility to create the plans with the coverage they need.